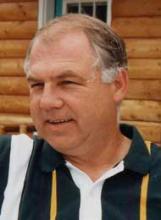 Lowell Caneday is a Regents Professor of Leisure Studies at Oklahoma State University. Since moving to OSU in 1981, he has served in a variety of positions including Coordinator of the Leisure Studies program, Director of the former School of Health, Physical Education, and Leisure and Associate Dean of the College of Education.

From 1996 to 2000, Lowell served as the chair of the NRPA Council on Accreditation. Lowell has served as a member of the Board of Trustees of NRPA and more recently as President of the Society of Park and Recreation Educators.

He has served as President of the Oklahoma Recreation and Park Society (ORPS). He was also appointed by two Governors of Oklahoma to the Board of Trustees for Quartz Mountain Arts and Conference Center and Nature Park, and elected to serve as Chair of that Board for six consecutive years.

Prior to arriving at Oklahoma State University, Lowell worked with the Minnesota Division of State Parks in park management for six years. Following that time he worked with the departments of Parks and Recreation in Longview (TX), New Brighton (MN), Mounds View (MN) and Spring Lake Park (MN).

He also served nine years as Dean of Student Services at his undergraduate alma mater. Lowell completed his bachelor's degree in mathematics (LeTourneau University), a master's degree in Recreation and Park Administration (University of Wyoming), and the Ph.D. in Leisure Studies from the University of Minnesota.

He has conducted research for the National Park Service, the U.S. Forest Service, the Army Corps of Engineers, the State of Oklahoma, numerous cities and other agencies in parks and recreation.

During his time at Oklahoma State University, Lowell has prepared more than 100 publications, managed more than four million dollars in grants and contracts, and chaired committees for more than 50 Masters of Science and doctoral students.

Related to graduate education and service, Lowell has been a member of the Graduate Faculty since 1981 with doctoral chairing status since 1986. During the 1990s, Lowell also served as Associate Dean for graduate studies and undergraduate studies in the College of Education.

On a more personal note, Lowell and Diane were married in 1971 and have two children. Lowell is an avid camper, having camped in more than forty states. He enjoys hiking and operating snowmobiles.

Lowell also plays golf, racquetball and softball – including as many as three softball teams at a time. He is active with the Stillwater senior softball league and regular softball through Stillwater Parks and Recreation.