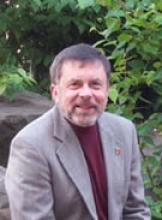 Rabel J. Burdge is currently a Professor in the Department of Sociology and Huxley College of the Environment at Western Washington University in Bellingham, where he teaches courses on environmental sociology and social impact assessment. He is a Professor Emeritus from the University of Illinois at Urbana-Champaign where he held tenure appointments from 1976 to 1996 in the Institute for Environmental Studies and the Departments of Agricultural Economics (Rural Sociology), Leisure Studies (Parks and Recreation) and Urban and Regional Planning. He spent the winter and spring terms of 2002 as a Visiting Professor in the Department of Planning and Landscape and Environmental Impact Assessment (EIA) Centre, University of Manchester in the United Kingdom. In 2003, Burdge edited a double issue of the international journal, Impact Assessment and Project Appraisal Volume, 21 (2&3) titled, "The Practice of Social Impact Assessment” and is completing the 3rd edition of his two textbooks: The Concepts, Process and Methods of Social Impact Assessment and A Community Guide to Social Impact Assessment, both published by the Social Ecology Press of Middleton, Wisconsin. Educated at Penn State (Ph.D.) and Ohio State Universities (B.S. and M.S.), Burdge has served on the faculties of the University of Kentucky (Lexington), University of Washington (Seattle), and the U.S. Air Force Academy in Colorado Springs (active military duty). Burdge has also held the following appointments: Beginning in 1986, Honorary Professor in the School of Australian Environmental Studies, Griffith University, Brisbane, Australia; In 1984 a resident professor, Department of Western Sociology, University of Wageningen, the Agricultural University of The Netherlands; In 1986 Burdge was the recipient of the Griffith University (Brisbane, Australia), Australia School of Environmental Studies visiting scholar award. He has written over 300 scholarly articles and papers on social change in rural communities, natural resource and environmental issues, needs assessment surveys, the use of public involvement in the resource decision making process, the social and economic impacts of development projects, the sitting of hazardous and conventional waste facilities as well as natural resource recreation management. In addition to the above books, Burdge is author of Coping with Change: An Interdisciplinary Assessment of the Lake Shelbyville Reservoir, and co-author of Social Change in Rural Societies: A Rural Sociology Textbook, 3rd Edition. He is former editor of the Journal of Leisure Research and founding co-editor of both Leisure Sciences: an Interdisciplinary Journal and Society and Natural Resources: an International Journal. Burdge has served as Vice-President and was nominated in 1989 for President of the Rural Sociological Society (RSS). From 1994-2000 he was Treasurer and editor of The Rural Sociologist for RSS. He was the 1988 recipient of the RSS Natural Resources Research Award for contributions to the sociology of natural resources. In August of 1996, was named Distinguished Rural Sociologist, the highest honor given by the Rural Sociological Society. In 1990 he was elected the President of the International Association for Impact Assessment (IAIA) and in 1994 received from IAIA the Rose-Hulman Institute of Technology Award for outstanding contributions to the field of impact assessment. Burdge received the 1982 Theodore and Franklin Roosevelt Award for Excellence in Recreation, Park and Conservation Research given by the National Recreation and Park Association and in 1995 the George B. Hartzog, Jr. Award given by Clemson University for contributions to environmental and conservation research.