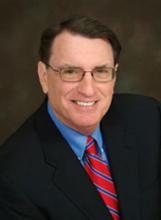 Dr. Austin began his career in 1963 as a recreational therapist at Madison State Hospital in Indiana.

He also served at Evansville State Hospital before completing his Ph.D. at the University of Illinois.

His first university faculty position was at the University of North Texas.

His second faculty position was at Indiana University, where he remained for 29 years until his retirement in 2005.

His research focused upon the social psychology of therapeutic recreation.

Topics of over 130 publications include attitudes toward serving persons with disabilities, burnout, and therapeutic recreation curricula.

For his contributions to the literature, Dr. Austin received the NRPA Literary Award in 1998. Dr. Austin has served on editorial boards for the Annual in Therapeutic Recreation, Journal of Leisure Research, Schole, and Leisure Today.

He is a Founding Member and Past President of the American Therapeutic Recreation Association (ATRA). Austin also served as president of SPRE and the Academy of Leisure Sciences.

He is a Founding Fellow in the National Academy of Recreational Therapists (NART).

He has been named to the Union College Hall of Fame, was presented the Brightbill Award by the University of Illinois, and has been awarded Indiana University's highest teaching award, the Frederic Bachman Lieber Memorial Award for Distinguished Teaching.