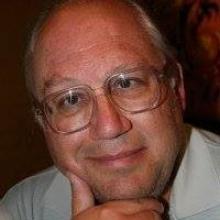 John de Graaf has been a long-time advocate for engaged leisure as co-founder and president of Take Back Your Time, as an advocate for national and state paid vacation laws, as the producer of the films, RUNNING OUT OF TIME and THE GREAT VACATION SQUEEZE for PBS and as a speaker at more than a hundred universities and dozens of conferences.

He delivered the Gold Metcalf lecture at SUNY Cortland in 2016.

He has written about leisure time for the Worldwatch State of the World 2010 Book, the New York Times, the Los Angeles Times, the Progressive, Sierra, Earth Island Journal, Utne Reader, Experience Life, YES!, Common Dreams, Truthout, the Huffington Post, AlterNet and many other publications.

He has authored three books, AFFLUENZA: THE ALL-CONSUMING EPIDEMIC, TAKE BACK YOUR TIME, and WHAT'S THE ECONOMY FOR ANYWAY?, and produced 40 documentary films, including 15 national PBS specials.

His interest in leisure time began with backpacking in the Sierra Nevada as a teenager.

He continues to advocate for leisure as part of his new campaign, AND BEAUTY FOR ALL, seeking to "restore America's landscapes and revitalize its communities."

He has been an advisor of the subject of "time balance" for the government of Bhutan's Gross National Happiness project, and is the co-founder of the Happiness Alliance based in Seattle.

An award named for him, the John de Graaf Environmental Filmmaking Award, is presented annually at the Wild and Scenic Film Festival in Nevada City, California.

He lives in Seattle, Washington and has taught at The Evergreen State College.